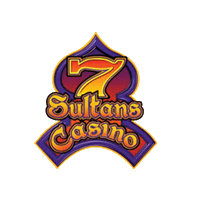 Many people are talking about the 7 Sultans Casino as it has grown quite popular these days. As an online casino it has accessibility around the world but is limited in some areas as one would expect. The good news is that it is available in the UK, Canada, and Australia. In fact, is has been said by some to be one of the best online casinos available in Canada. Currencies accepted at this casino are USD, UK Pounds, and Euros. This allows for an enjoyable time for people from around the world thanks to the way digital currency works.

In addition to having a high level of accessibility this casino also has plenty of promotions and game to go around. Their games range from slots, to progressive games, to table top games like blackjack, poker, roulette and many others. By offing a wide variety of attractions the casino has been able to create an environment that is fun and exciting for its patrons on a regular basis. One thing that sets them apart from others is the fact that they offer mobile apps for gaming and live dealer gaming as well. Their live dealer option features games like blackjack and roulette hosted by attractive Asian and European women.

Having fun and exciting promotions is just as important as having incredible games these days when it comes to online casinos. 7 Sultans is no different and has plenty of great promotions to keep people interested in playing. In addition to offering a beginner bonus, they also have a payment bonus where one receives a 10% bonus when a person uses the specified web wallets. The bonus goes straight into one's deposit amount. Additionally one can also compete in their live tournaments promotions where big jackpots await those who win at games like Black Jack and others.

Also don't forget about their “Bucket List” promotion where winners get a trip to their dream destination of up to €25,000. To make things even more exciting, every credit one plays at the casino will increase one's chances of winning. Promotions of this type tend to rotate at the casino and other past promotions include Santa's Gift Grab, Mission to the Moon, and Crazy Cash Cars. Keeping things fresh with rotating promotions such as these is one way that 7 Sultans keeps players interested and excited about playing.

7 Sultans Casino has plenty of games to choose from. From classic favorites such as black jack and poker, to exiting new progressive games like Mega Moolah and Treasure Nile they have a game for everyone. They also have updated versions of games such as slots with special rules and objectives as well as scratch card games, something one won't find at most online casinos. They even have casual games such as bingo, keno, and even virtual horse racing if one is looking for games that are a bit less hands on and more laid back.

In addition to their own original games 7 Sultans also has licensed games as well. One great example of this is their Dark Knight Batman game based on the popular movie “The Dark Knight.” They also have games based on popular franchises such as Game of Thrones, Terminator, Tomb Raider and more. This is a great way to spice things up and add some flavor to everyone's favorite games such as slots. Also don't forget that they have video poker as well if one would rather play by alone instead of against other players. This is great for when one just want to play a few hands of low stakes, casual poker with no pressure. 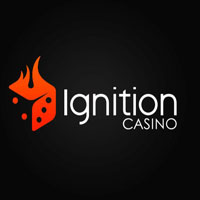 Charlie Chance XREELZ is one of the new games by Play n Go. The video slot has five reels, 243 ways to win, and a wide array of features.

Diablo Reels is a fantastic game by Elk Studios that belongs to its Elk Classic Series of slot machines.