Cherry Red is a classic three reeled slot machine that is themed around one of the most iconic symbols that used to appear on these slot machines, which is the cherry symbol. This is why the game is entitled cherry Red. This is also why players will notice that the red color is the one that dominates the entire interface of the game, whether the background, the symbols and the reels. Under the reels of the game, which are located on the left side of the screen, players will see a big red cherry and on top of it, the logo of the game.

The three reels of the game only have one single payline, which follows in the footsteps of traditional slot machines that also offered one single payline. As for the icons that will be landing on these reels and on the payline, they include, of course, red cherries, golden bells, red sevens and bar symbols. Most icons will pay players when 3 of them land on the middle payline of the game. One the other hand, some icons can pay players when only one or two land on the reels. A good example for that are the golden bells and the bar symbols.

Players can check out the paytable of the game at any time during the game play, which is located on the right side in order to figure out the different payouts that the different symbols have to offer. The paytable has 2 columns for the payouts, one for each betting level as players can choose to place 1 coin or 2 coins. They would also have the chance to specify the value of the coins which vary between 0.25 and 5 credits per coin. This results in a betting range which varies between 0.25 and 10 credits per spin.

The red cherry symbol is not your usual icon, this is because the red cherry is the highest paying symbol that can give players 800 and 1600 coins in awards, depending on their betting level. On top of being the highest paying icon, it will also act as a wild multiplier, which means that it will replace any of the other icons on the payline of the game and multiplying the regular payout by 2x or 4x, depending on the number of wilds that landed on the payline of the fruit machine. 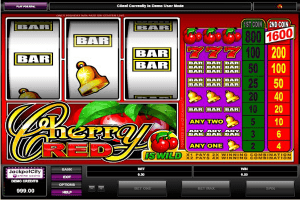 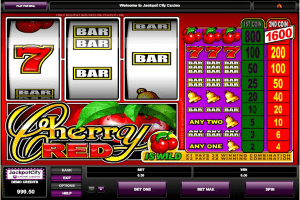 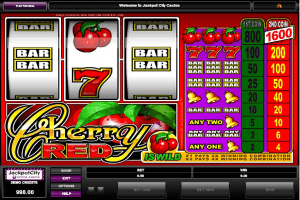 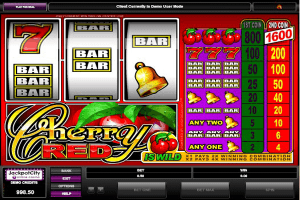