The symbols of the game depict scarabs, Pharaohs, scrolls, pyramids, and classic card symbols. Players will get to play this video slots game under a blue sky with the scorpions scurrying around their feet. Spinning the reels of the Crocodopolis slots game will make players feel like they are in the Sahara Desert of Egypt will have players feeling like they have stepped back in time, right back into ancient Egypt.

The graphics aren't the only thing that will have players feeling like they are back at the pyramids. There are a variety of fun, ancient Egyptian style special symbols included in the game. These symbols are great in appearance, and for prizes.

The Crocodopolis God symbol is the wild symbol of the game. As a wild symbol, it can replace any other symbols on the payline, except for the golden pyramids, which will be covered next. The wild symbol, the Crocodopolis God, can double and triple prizes, or it can turn the whole reel wild, or stack the wilds, depending on where the player places the wild with the game's “Slide a Wild” feature. The player picks which reel the wild goes on, and gets the prize that matches that particular reel. Placing the wild symbol on a good reel can make, or break a game.

The next special symbol is the golden pyramid symbol. The golden pyramid is the scatter symbol of the game, which also gives players a chance at a free spin or two. Three scatter symbols will trigger the bonus spins feature of the game and give the player twelve free spins with a 2x multiplier. The gambling feature is also triggered at this point, giving players the choice to play it safe or risk it all. Players could win big, or lose it all! Players are paid for scatter wins, and regular wins together.

Crocodopolis features a fifteen thousand dollar jackpot, and players can bet anything from one penny to twenty-five dollars. The potential jackpot and betting range gives the game pretty good value for the players. With the special symbols features that multiply prizes, the chances of winning big are pretty good. The pay table will help the players to figure out which symbols, and which symbol combinations, equate to which prizes.

Crocodopolis has it all, everything that makes for a fun video poker playing experience. The special symbols make game play more fun, and exciting in general, while also giving players a chance to enhance prizes. The great graphics set the mood for the players, giving them an authentic ancient Egyptian playing experience, and pleasing the eyes of the players at the same time. The jackpot is decently sized, giving players a good incentive to play, especially for the price, with the availability of the prizes.

In the end, this game is great fun for players with any budget who enjoy a good round of video slots. With great prizes and graphics, Crocodopolis players will not be disappointed. 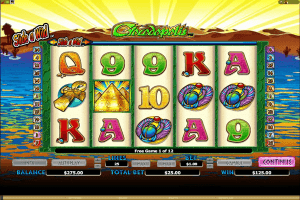 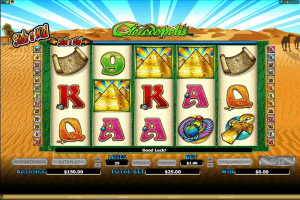 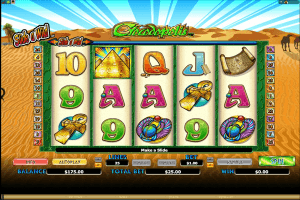 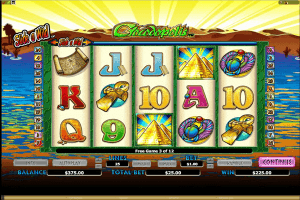