Just in time for the 2014 world cup in Brazil, Microgaming has lunched this video slot machine Football Star, in order to cater to the needs of all of the soccer fans. Microgaming has always been known for releasing new games during special global events, and nothing is bigger in the world of sports than the World Cup that takes place this year in Brazil. Since the game is inspired by the beautiful and exciting sport of soccer, or football, players can expect to enjoy a truly remarkable gaming experience whose every aspect is inspired by the world of football. This is why the reels of the game themselves are located inside of a huge football stadium with the green field and the viewers in their seats.

Enjoy a Visually Satisfying Experience with this Free slot

The theme of the game does not stop there, as all of the symbols that will appear landing on the reel of the game are also inspired by the theme. These symbols include plenty of different football players, a referee, the logo of the game, the scatter ball, football sneakers, a red t shirt and the football stadium. Players who manage to get at least 3 matching symbols from left to right on a way to win, they will be able to earn a payout. The different pays that they can earn are listed in the paytable of the game that they can easily view by simply clicking on the View Pays button.

This view pays button is found at the control panel under the reels along with the other buttons that players will click on to control the game, including placing their bets, the max bet and spinning the reels among others.

The game has five reels and offers players the 243 ways to win format, which is much better than the usual payline based slot machines. The game’s logo is its wild, which means that it will be able to replace any of the other icons anywhere on the reels to help players in getting paid. The wild logo can appear stacked on the 3rd, 4th and 5th reel; up to 40 wilds can appear on the reels at the same time.

The scatter ball is the other special icon of the game that can give out great rewards while triggering the free spins round that comes with the rolling reels feature. Players can earn from 15 to 25 free spins depending on the number of scatter balls that appear on the reels. 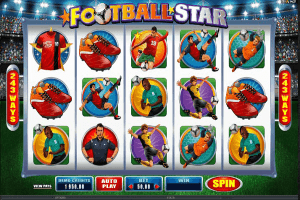 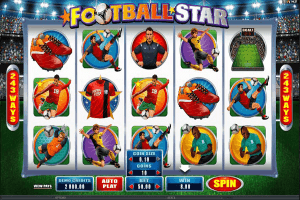 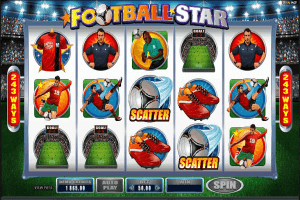 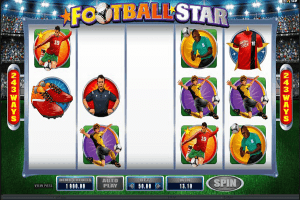