The Genie is here and he will make all of your dreams of getting rich come true. He will do that by granting you his gems in the form of payouts that you can earn through this video slot machine, Genie’s Gems. The game will take players to the Arabian deserts where they will accompany a generous Genie who can put them on the path of riches ad fortunes. Microgaming offers players this game in great graphics and equally outstanding sound effects that succeed in depicting the wonderful theme of the video slot machine. For example, the symbols that will appear for the players on the game’s reels and lines are inspired by the theme of the game as they include a blue diamond, an Arabian palace in the middle of the desert, the golden magical lamp, a flying carpet and card symbols that come in fitting designs with the theme of the game.

These symbols will appear on the game’s 5 reels and 5 lines. Players can place their wanted wagers on these lines by going through the game’s betting options that are located at the control panel under the reels. They will choose how many of the lines they want to place bets on as well as the value of the coins that they wish to use to place these bets. There is also a Max Bet button like most Microgaming powered video slot machines.

Once players start spinning the game, combinations of symbols will start to be formed on the lines. If players manage to get at least 3 similar symbols on one of the lines of the game on consecutive reels from the left reel to the right ones, they will be able to claim a payout that is determined at the payouts table of the game. It depends on the symbol that was matched and the number of symbols that appeared on the line. Players can check out all of the different line payouts that are given by the generous Genie by clicking on the “Click to View the Payout Schedule” button at the left side of the control panel.

The highest paying symbol of the Genie’s Gems video slot machine is none other than the genie himself, he can pay players up to 10000 coins whenever they get 5 genie symbols on one of the activated paylines of the game. 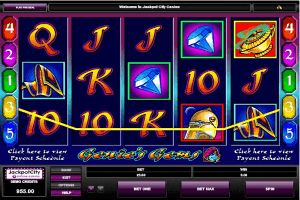 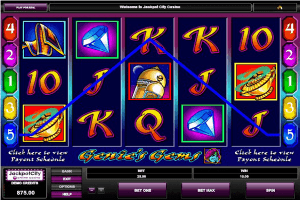 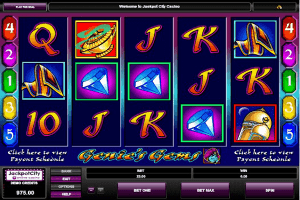 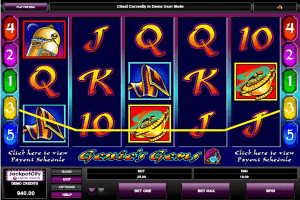 Microgaming New Slots Slot Apps and Casino Games
Tarzan and the Jewels of Opar
May 5, 2021
0 383