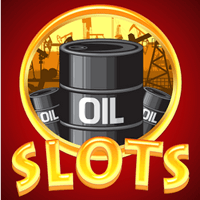 Oil Mania is a great free slot app from NextGen. People who like to play free slots or pokies will find this app to be a great addition to their play list. Actually, Oil Mania is only one of the many slots which the app delivers for mobile gaming.

Available for download at the iTunes App Store to users of iPhone and iPads supported by iOS 6.0 and up, Oil Mania slot app delivers a feature-rich game that revolves around a storyline about an oil prospector who hit it rich for striking an oil resource.

Oil Mania has an old west soundtrack, and symbols related to oil fields. The background includes a busy oil rig. The symbols include an oil worker, an old style car, an oil map and a chest full of money. The game also includes the Nine through Ace range of lower paying symbols.

Oil Mania slot has coin values ranging from .02 to 4.00, while the paylines are adjustable from one to all twenty-five.

The game has Up Wild feature; this is triggered when the Oil Tycoon icon appears anywhere in the middle three reels. The Wild shoots up the reel underneath the tycoon, and gives Oil Mania players three free spins. With each spin the Wild goes up one space, giving the player another set of three bet-free spins. The free spins are played at the amount bet when the Up Wild is triggered.

The app includes an autoplay feature where players can have the game going automatically, anywhere from five, up to one hundred spins. The only way to stop the autoplay feature is to hit the red ‘X’ on the bottom right of the screen.

The Oil Mania slot game includes a gamble feature, triggered by every win. If the player clicks on the gamble button, represented by a circle button with a heart and a spade, they are taken to another screen.

If the player chooses correctly they can try to gamble again, up to five times. An incorrect choice during any of the five tries means a loss of all of that spin’s winnings.