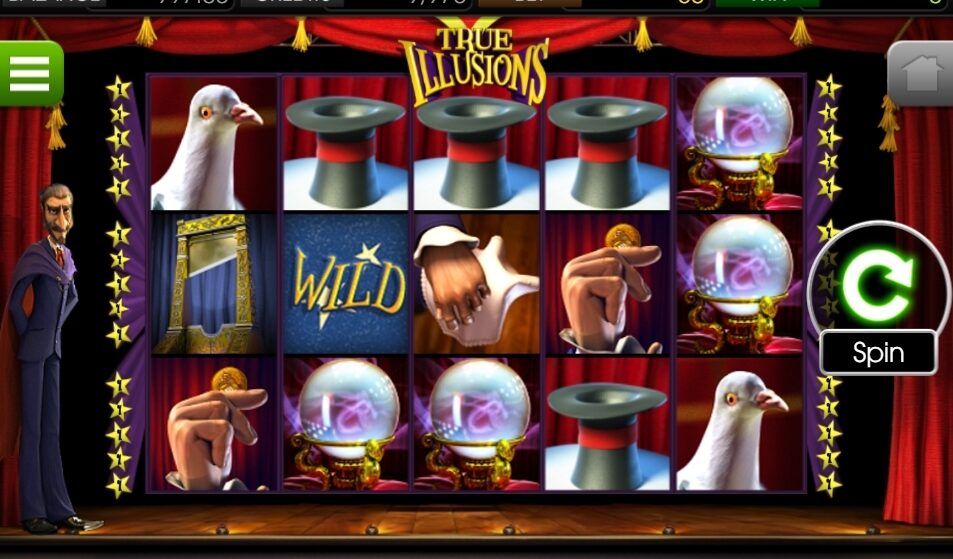 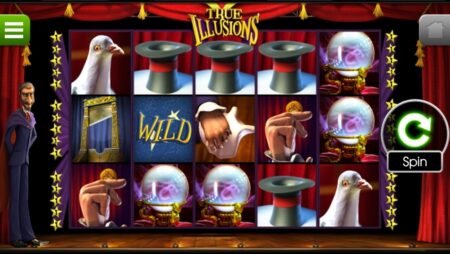 True Illusions is a 3D slot game that features the magic styling of Professor J Magick and his beautiful assistant Myra.

On the first spin of the reels you might expect to hit 250 credits plus ten free spins.  Players should expect some fantastic illusions and will appreciate the magical theme.

The obvious joke here is that this slot will make your money disappear, but in most experiences it can be the exact opposite.  When players are done playing the True Illusions 3D Slot, they can return and play the True Illusions free slots game or can take advantage of any of the exclusive bonuses being offered by the online casinos carrying this fantastic Betsoft slots game.

Have you ever dreamt of being a part of a magic show, ever wanted to join a magician on his tour, now you can do that, courtesy of Betsoft Gaming. You will be able to do that through True Illusions which can be played here for free or for real money at a Betsoft casino alongside other casinos that are powered by the software developer.

The game has an animated magician or an illusionist, depends on the way you look at magic, at the left area of the screen. He is regularly doing magic tricks as well as interacting with the reels and the combinations of symbols that players succeed in achieving.

The theme of the game is also apparent in the symbols and the control panel of the game. These symbols include a magic hat, the magician, the guillotine, a magical orb, a magical box, playing cards, a coin in the hand of the magician and more. All of these symbols are spread along the five reels of the game and the thirty lines that players will place their wagers on. As for the wagering area that is located under the reels, it is also themed around magic and magicians. The buttons at this wagering area come in the form of playing cards and a magician hat. Speaking of bets, the minimum wager is equal 0.02 while the biggest one is fixed at 150 credits per spin.

The wild symbol of the game is a symbol that has the word WILD on it. It can substitute for any other symbol to create winning combos for lucky players. The game also offers players the chance to earn free spins if they get three of the magician symbols spread on the reels. 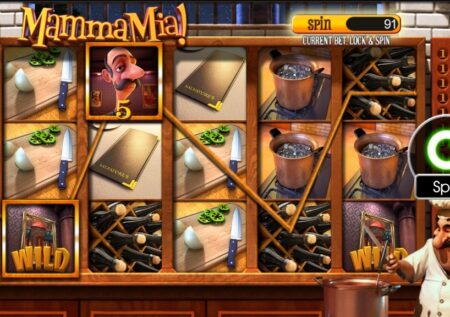