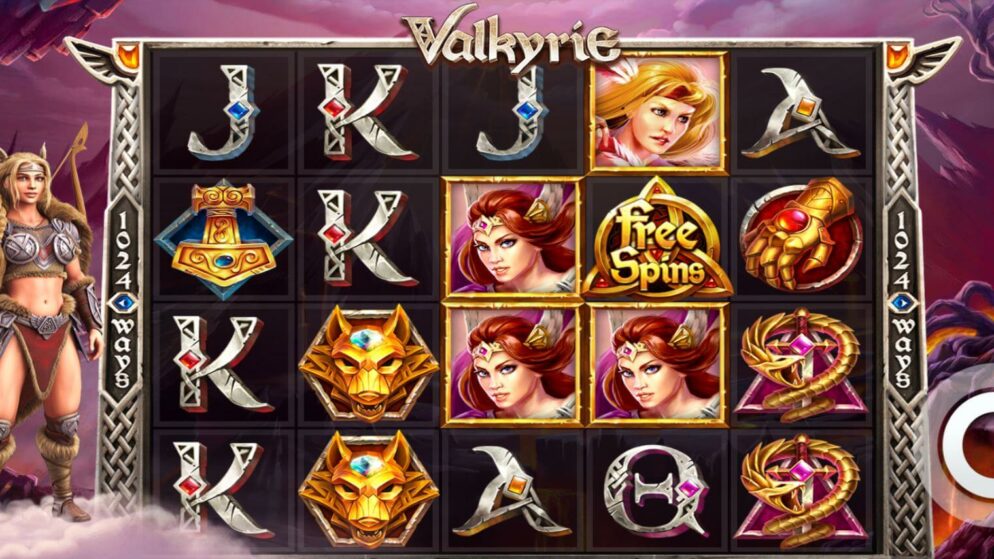 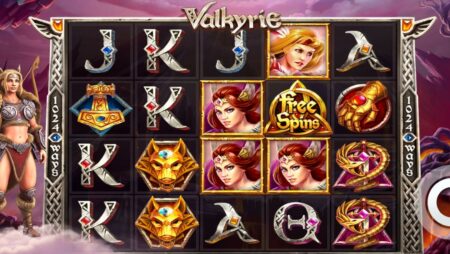 Valkyrie is an Elk Studios slot machine that enables you to find your way to Valhalla. As you can tell from that simple statement, the slot machine has a Nordic theme that is all about death, battles, glory, Valhalla, and the well-known Valkyrie warriors. The slot game is playable with stakes that vary between 0.20 and 100 credits. It is a highly volatile video slot that has three bonus features, with epic reel symbols, free spins, and a Norse mythology-themed adventure. If all of that intrigues you, then read this detailed and in-depth review of the slot machine, and you can try it out for fun as well with demo credits.

WHAT IS Valkyrie ALL ABOUT?

The slot machine is all about the Valkyrie. They are legendary and mythical warriors from Nordic Mythology. They are the elite fighting force of Odin, the king of the Nordic Gods. You must have seen them depicted in many games and movies. They are always depicted as strong female warriors with great fighting abilities, and they usually ride white flying horses epically into battle.

The slot machine has a 5-reel format with 1024 ways to win. The video slot machine has 3D visuals and animations that will capture your attention and entertain you for hours. Since the game is all about the Nordic mythical female warriors, the Valkyrie, you will see one of them in her war outfit on the left side of the reels. The reels seem to take place in the Nordic hell. As for the symbols on the game's spinning reels, they include Golden Shields, Gloves, golden snakes, Valkyrie warriors, Odin's Hammer Mjolnir, and royal poker cards with Nordic designs.

Valkyrie by Elk Studios is a highly volatile video slot machine that comes packing many winning opportunities. The slot machine has a five-reeled setup with 1024 ways to win. As for its stakes, it offers stakes per spin that are between 0.20 and 100 credits. The epic game is playable across multiple platforms with a max reward of 3000x and an RTP of 96.3%, which is above the average of 96%.

Valkyrie is a bonus-packed title that excels with flying colors when it comes to bonuses and unique features. First, there is the wild symbol, which comes in the form of the golden Shield that has Odin on it. The Golden Shield is going to help you create a winning combo by replacing the other symbols on the reels. The only one that it will not stand in for is the free spins icon.

Besides the golden Shield, there is the golden Free Spins symbol. You will need to get three of those at least to trigger the free spins round. These free spins come with at least one free spin with a guaranteed Valkyrie feature.

There is also the bonus symbol that can trigger the game's bonus feature upon landing three of them. It will trigger a re-spin with a Valkyrie feature. Speaking of the Valkyrie features, they are Sword of Destiny, Arrow Fortune, and Shield of Chance.