The Lost Princess Anastasia is a video slot machine that is powered by Microgaming. The game invites players to go into the fairy tale world as they will travel to a kingdom that is trapped in eternal winter by the evil witch who kidnapped Princess Anastasia. They will have to look for her to rescue her and break the curse. Along the adventure, they will get to claim their own share of the prizes and the rewards that the game has to offer them as well as the awards that Princess Anastasia has for them when they rescue her.

Help find the Princess Through this 5-reeled Free Slot

Affected by the theme of the game, the entire interface of the game is frozen with ice flakes and snow covering the background and the reels of the game. Players would also see the name of the game written in white snow on top of the reels. Speaking of the reels, the game has 5 reels and offers players a total of 25 lines that they are invited to place their wanted wagers on. They are invited to do that under the reels as they go through the game’s betting options in order to determine how much they want to place in wagers on each round. They will choose the value of the coins, the amount of coins and how many lines they wish to activate.

After they have placed their wagers, they will initiate the game and the reels will start to spin so combos of symbols will start to form on the paylines. If players manage to get at least 3 similar symbols from left to right on a payline on reels that are side by side, they will get to earn a line payout, all payouts are listed in the paytable of the game.

Apart from the generous line payouts, players can earn great rewards by the help of the special symbols and through the bonus rounds that the game has. There is the frozen logo of the game, which acts as a wild icon that increases players’ chances of winning.

The scatter crown is the other special icon of the game that gives out scattered pays as well as triggering the game’s special feature that gives players 5 free spins with the chance to trigger more. During the free spins, a random symbol will turn into an additional wild to help players in earning more payouts. 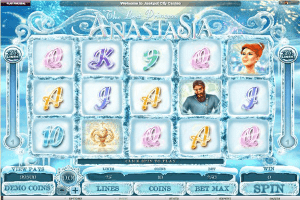 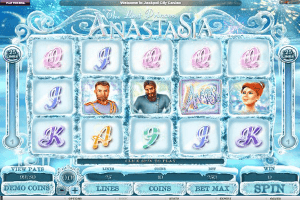 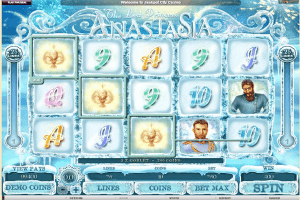 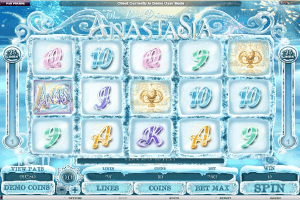 Michael Moriarty
Back Alaxe In Zombieland
Next Fortuna