Almighty Aztec by Spin Play and Microgaming is a fun five-reeled video slot machine that offers a total of ten lines and plenty of features. It offers a fun experience as it takes you to the ancient South American civilization of Quetzalcoatl. You will get to unveil its treasures and riches and claim it as your own as you spin the reels.

Almighty Aztec is a Microgaming and Spin Play. The collaboration between the two developers has resulted in many great games, and this game is one of them. The game is based around the Quetzalcoatl, the South American legendary civilization. The game has plenty of winning chances, packed with bonus features and much more. It creates an overall fun experience that is great for the average player, as well as veteran ones. The game has great visuals, sound effects, and an all-around great adventure that is worth trying and playing.

As you can predict from its name, the slot machine takes you to the ancient South American civilization, the Aztec Civilization. It is one of the ancient civilizations that is known for its golden treasures and riches. In this game, Microgaming and Spin Play are going to take you to that civilization so you can claim a share of the riches. The game is focused on the Quetzalcoatl legend. It is the Aztec version of the Serpent godly deity, the god of the wind, and the bringer of maize. It is also an instrumental part in the creation of the Aztec civilization and universe. The deity was a vegetation god before its role expanded over time in the Aztec mythos. The Quetzalcoatl deity also plays a starring role in the game, as he will join you during the gameplay and will help you trigger some massive rewards.

The visuals of the slot are immersive, and every bit of the game is well-designed. They get their inspiration from the Aztec civilization, the main theme of the game. You will see that the reels of the game take place in the Aztec jungle on the walls of an ancient Aztec temple. You will see the Aztec deity, Quetzalcoatl, appearing on the sides of the reels from time to time. The symbols appearing across the reels include Aztec symbols carved on stone, the Aztec princess, an Aztec warrior, a golden snake, and various diamonds and precious gems.

The wagering range of the video machine is convenient for all types of players. So whether you are a low roller or a high stakes player, you will be able to place bets on this game. The betting range is between 0.10 credits and 500 credits per spin. As for its payouts, the game has many winning chances with a high RTP of 96.38% and a maximum payout of 500x the stake.

Since the game is all about the Aztec riches, it makes sense that the Quetzalcoatl is one of its prominent features. The Quetzalcoatl can appear anywhere and fly across the reels, creating three wild symbols on the reels. These reels can appear on reels 2, 3, and 4. There is also the expanding wild feature, in which wilds that land on the reels can expand to cover the entire reel, triggering many rewards. Last but not least, the slot has a free spins round as well as a pick me bonus.

Microgaming New Slots Slot Apps and Casino Games
Tarzan and the Jewels of Opar
May 5, 2021
0 1677 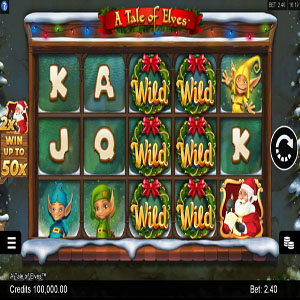