Castle Builder is one of the newest games that are launched by Microgaming. Microgaming is well known for its amazing games that come with innovative game plays and a great set of high paying features, which is the case with this video slot machine, Castle Builder. The game takes players back in time to the medieval time era, the era of castles, kings and their knights. Unlike other slot machines where players only spin the reels to get winning combos or activate a bonus round, Castle Builder gives players the chance to build a castle as they spin the reels and reap on the great payouts of the video slot. Players can do that by collecting and earning building material symbols in a winning combo, when they do that, the building meter which is found on the left side will start to get filled so they can built the entire castle.

When players have managed to build a castle, the king’s heir is going to move into the castle that was just built and will have to choose one of 3 admirers. Players will get to make that choice but they have to make careful because the different admirers do not have the same riches and rewards. After players have made their choice, they will be able to reveal the riches and the fortunes of the admirer and they will get to claim these fortunes as their own.

All of the icons that appear on the game’s screen are inspired by the medieval theme of the game. Players will see queen, kings and knights spinning on the reels as well as a treasure chest, a bag of golden coins, wooden planks and other building materials. These symbols appear on Castle Builder’s 5 reels and fifteen lines. Players will be able to place their wanted bets on the lines by going through the betting options that are found at the control panel just under the reels. They will pick both, the number of lines they want to place their stakes on as well as the value of the coins.

The Wild Old king with the gray hair is a special symbol, as whenever the king lands on the reels of the game, he will use his power in order to replace other icons on the game’s reels to help players in getting paid, to show what a generous king he is. 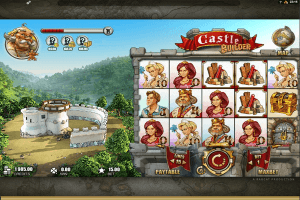 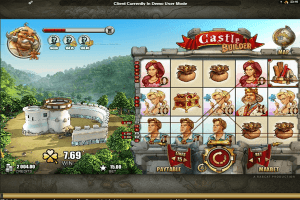 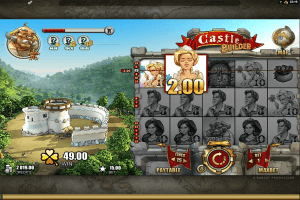 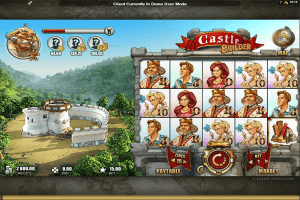