IGT Innovates with a New Kind of Fruit-Themed Game 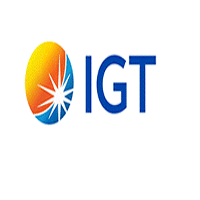 IGT initiates a samba dance party with the release of a new online video slot called “Samba de Frutas.” Presented via an 8×5 reel-grid, the new IGT slot entertainment offers up to 100 paylines, but configurable into smaller sets of 25, 50, and 75 paylines. A party and a fiesta themed game, this latest IGT release is loaded with attributes that make slot-playing a worthwhile recreational experience.

Playing with fewer paylines would still be as rewarding as going all out with the entire set of 100 lines. The reel elements, such as the high-paying female and male samba dancers, as well as the colourful toucans come in large images. Each enlarged image occupies three tiles in each reel, which tends to increase a player's chances of hitting matched payline combos in the adjacent reels.

Yet the real deal with this new IGT release is the Stacked Fruit Wild symbols, represented by an assortment of tropical fruits piled high as an 8-tile, full-reel Wild. Depicted as part of the female samba dancer's headdress, the “Samba de Frutas” Stacked Wild symbols often appear in more than one reel. The fruit headdress could emerge partly, entirely and numerously across all five reels, all capable of substituting for regular symbols in order to complete payline wins.

IGT packed its new content with extra pays that players can collect from the Samba de Frutas Free-Spins Game. Aside from bringing around more of the multiple Stacked Wilds as outcome of a single spin, the Free Game immediately awards a player with instant coin rewards in addition to the bet-free spins.

Even before a Samba de Frutas bonus player sets the reels into spinning action, the win box will immediately show a win amount, at twice (2x) the number of coin bets that triggered the Free-Spins Bonus Game. Each set of free game awards five (5) free spins. The round can be re-triggered several times since the Maracas Scatter Symbols remain active during the free game.

Three or more Maracas Scatter icons activates five free spins, with each set awarding the Instant Coin Prize of 2x the number of coin bets placed on the spin. This attribute presents another win-boosting potential as the game has a win threshold of up to 250x the bet staked per spin.

Samba de Frutas bonus players who get to spin several rounds of the Free-Spins game cannot help but dance to the beat of the samba rhythm. IGT initiates this by presenting a silhouette of the female samba-dancer swaying to the lively beat of Brazilian samba music, to celebrate Big Win occurrences.