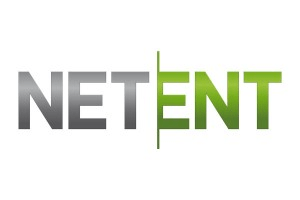 The arrival of NetEnt's new slot “Neon Staxx” is about two weeks away, yet the topnotch Swedish games developer has unveiled another eye catching and attention grabbing neon colored slot content. Forthcoming as a July 2015 release, a video teaser shows the highlights of the upcoming “Sparks” video slot, giving NetEnt fans more fresh slot gaming content to look forward to as online and mobile gaming choices.

“Sparks” video slot is a five-reel presentation of iridescent lights in different colors and forms that pose as the game's High Paying icons. The real attraction of the game though, is the Expanding Cloning Wild Symbol. Represented by a glowing W, the “Sparks” Wild Symbol not only completes enabled pay patterns by taking the place of regular reel symbols. It also has the ability to expand as a Wild icon as well as the capability to clone or create duplicates of symbols located in the same row. The expanding and cloning abilities are quite significant as the “Sparks” game can be played under two types of game modes.

The “Win One Way” and the “Win Both Ways” Game Mode

There are twenty (20) fixed-payline patterns in all. “Sparks” players have the option to play the game with the “Win One Way” or “Win Both Ways Mode.” The “One Way” mode considers only payline wins that commence from the first reel. The “Win Both Ways” on the other hand, takes into account payline wins commencing from both the first reel and the fifth reel, going to the right or left as the case may be. This means that a single payline win, comprising five-of-a-kind symbols earn two payout values: one, for the completed payline pattern coming from the leftmost reel, and the other, for the opposite side of the pattern coming from the rightmost reel.

In the “Win Both Ways Mode,” an Expanded Wild Symbol therefore creates greater possibilities in forming multiple payline wins, each of which paying both ways from left to right or vice versa. Its Wild substitution capabilities spread to other potential like-icons whether coming from the first or the fifth reel. A Wild can expand or spread out in any direction, whether upward or downward; or, horizontally, to the left or right of the Expanded Cloning Wild.

The best part of the feature is the Cloning occurrence, which makes it possible for “Sparks” slot players to earn Win Both Ways payouts in considerable amounts. An Expanding Cloning Wild that lands on reels two (2) or four (4) has the unique ability to clone the symbol next to it, as means of actually replacing a regular symbol to create a win. The cloning process continues because the ultimate objective of the Expanding Cloning Wild is to create a complete set of five-of-a-kind combinations in a single row. For such an occurrence to happen, an Expanding Cloning Wild in reel two or reel four must expand horizontally. Such a condition allows the duplication of symbols on both the left and right side of the row, where the expansion and cloning actions occur. According to initial game info, as many as 80,000 coins can be won from the game.

The expected release date for this new NetEnt video slot is on July 23, 2015.