by
All41 Studios
Temple of Medusa is a Microgaming/All41Studios video slot machine that has five reels, twenty-five lines, and a Greek Mythology theme.

Temple of Medusa by All41Studios and Microgaming is a five reeled video slot that offers 25 lines. It has an ancient Greek Mythology theme that is like none other. The slot game has plenty of winning chances, including Lucky Prize, free spins, spreading wilds, and much more. It has a high RTP and offers a max reward of 5000x the stake. 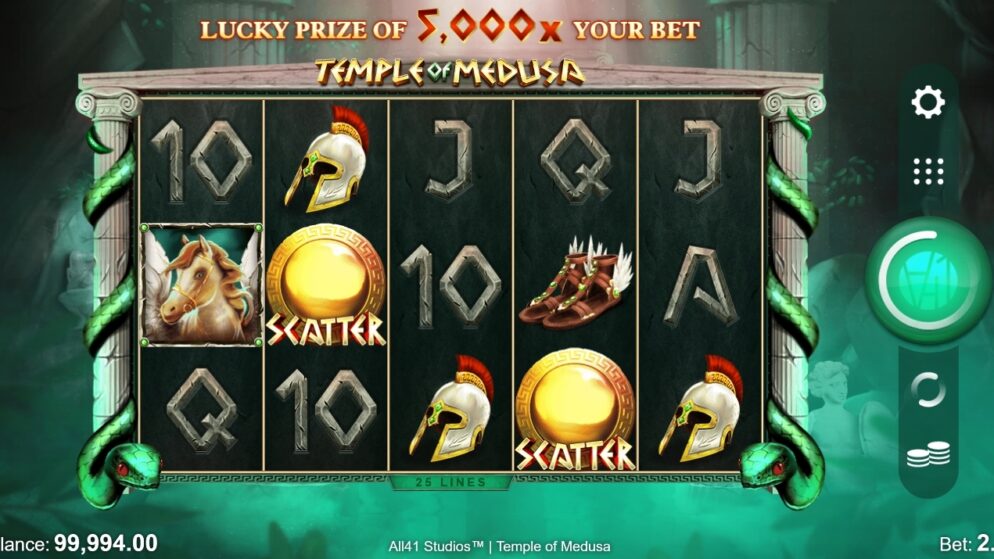 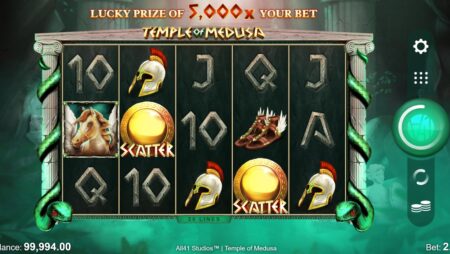 Get ready to join the snake-haired Gorgon from the Greek Mythology, Medusa. You will join her in this new slot by Microgaming and All41Studios, Temple of Medusa. The new slot has a five-reeled setup with twenty-five stake lines. The game offers plenty of features and bonuses, including Lucky Prize, four different Free Spins, with spreading wild combos. The game provides a grand reward that can amount to up to 5000x the stake. As for the visuals, as you can expect from a Microgaming/All41Studios game, they are immersive, engaging, and well designed. They create an experience that is like none other. It will take you on a ride into Ancient Greek Mythology, with one of its most well-known titans and mythical creatures, Medusa.

The game has a great theme, which might not be precisely unique, but still amazing. The game revolves around one of the titans of Ancient Greek Mythology, the Gorgon, Medusa. Medusa was once a very beautiful lady that captured the attention of gods. Therefore, the goddesses cursed her with the curse of truing anyone who looks at her into stone. She is one of three Gorgons in Greek Mythology. The game invites you to travel back in time to Ancient Greece. You will try to unveil and uncover the riches and treasures of Medusa and the ancient Greek Gods.

Click the Image to Play the Fun Play Version 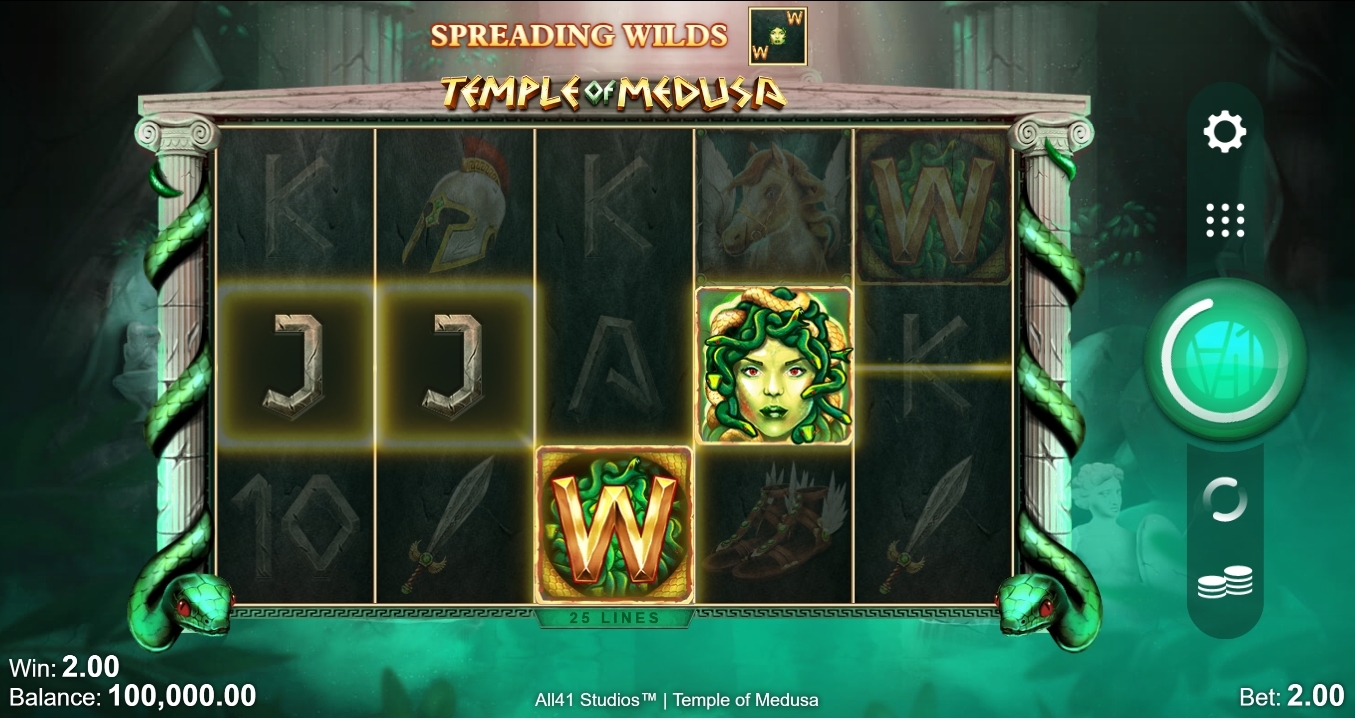 The slot machine takes place in Medusa’s caverns and temple; it is where Peruses went to kill her to use her head to defeat the Kraken. Therefore, you will see ancient rocks surrounding the reels with a mysterious and magical green mist moving around the reels. As for the reel setup, it is in the middle of the reels. The game has five reels with 25 lines. As for the symbols appearing on the reels, they include a boar, Greek sandals, a Greek Warrior’s helmet, and poker card symbols. Other icons would include the scatter Greek shield, a sword, Medusa, Pegasus, and more.

Temple of Medusa slot has an RTP of 96.40%, which is better than your average slot machine. The game has a frequency rate of a payout of 31.1%, which means that you will get a payout almost every third spin on average. As for the payouts, you need to match three symbols. The max payout is 5000x the stake, and the key to getting the big payouts is through the Lucky Prize feature. In terms of stakes, you can place wagers that are between 0.10 and 40 credits for each spin.

Temple of Medusa has the Lucky Prize feature. Through this feature, you can claim a reward that can amount to up to 5000x the stake. In addition, there are also the Spreading Wilds features in which wilds will spread to neighboring reels and positions that can help you claim plenty of rewards. Last but not least, Temple of Medusa has a free spins round that you can trigger through the scatter symbols. 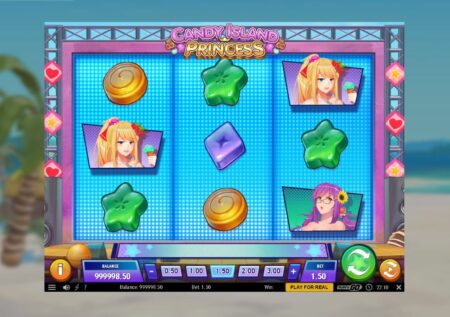 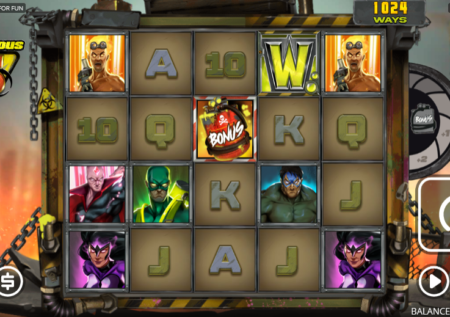 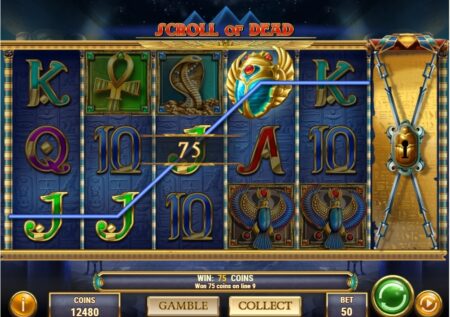 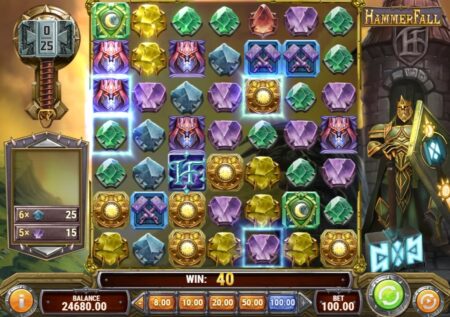 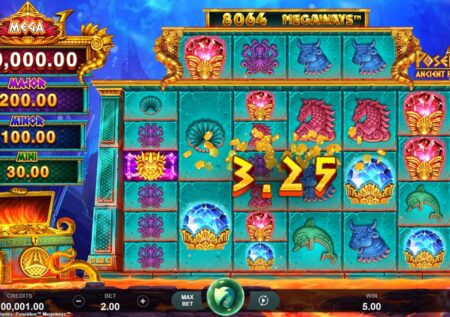 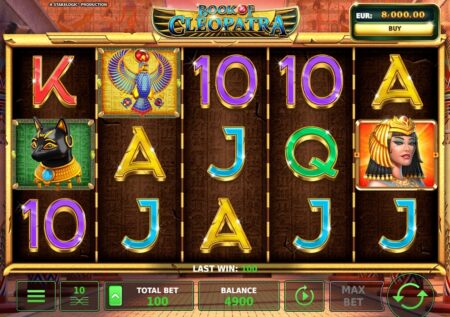 Book of Cleopatra
Ancient Egyptian columns line up in the reels of this Cleopatra-themed slot by Stake Logic.
Play the Game

Infectious 5 is a slot with a great theme and many winning chances, bonuses and much more.