Players who are looking forward to enjoying a nostalgic experience that is inspired by classic fruit machine that they used to find at their favorite pubs or their weekend bars are in for a treat. This is because Microgaming has a great set of classic fruit machines that are inspired by these traditional slots, on this website, freeslots.me, we have a lot of them. One of them is this game that is featured here, Cash Clams. This game is themed around sea clams, but these are not your usual clams, they are Cash Clams that have a lot of cash inside of them. All what you have to do to grab that cash is spin the reels after placing your best so you can start earning the great amounts of money that Cash Clams have to offer you.

Each one of these symbols has a payout in store for the players. This payout is triggered when players get three of these symbols on the middle payline of the game which is found in the middle of the three spinning reels of the fruit machine. There is a symbol that can appear in 1s and 2s and still pay players, this symbol is the red lobster symbol. Also, the bar symbols can pay players when players get any 3 bar symbols on the payline of the game. The different pays that are waiting for players can be seen listed in the pays table on the right hand side. Players would see all the symbols, the winning combos and their respective payouts depending on their betting level as players can place 1 coin or 2 coins on the payline of the game.

The game’s special icon is the Cash clams. This symbol is the highest paying symbol that triggers the jackpot pay of the game which is equal 2000 coins and 5000 coins for the 1 coin and the 2 coin bets respectively. The symbol would also substitute for any of the other icons on the payline of the game in order to give players the ability to claim a payout by forming a better combo. 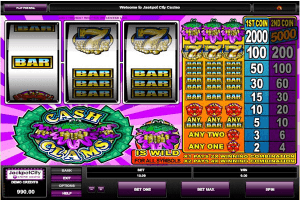 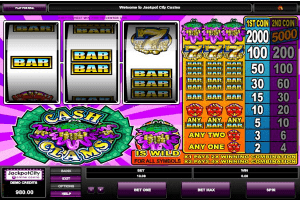 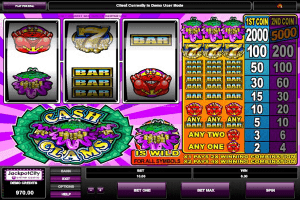 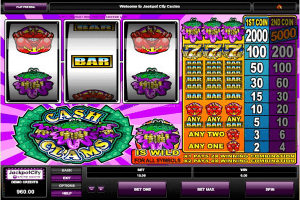