Next Gen Gaming is giving players the ability to get some extra cash through this game, yes, you guessed it, Extra Cash. The game succeeds to live up to its name because it has plenty of ways through which players can earn much more than extra cash. They can win great payouts, whether through the game’s line payouts or through the special features and the bonuses that the game has in store for them. The game has five reels and a total of fifty lines, which means that players will have fifty chances of winning anytime they start spinning the reels of the game. 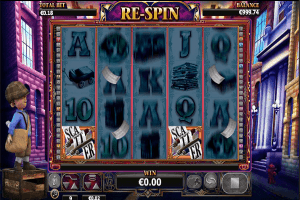 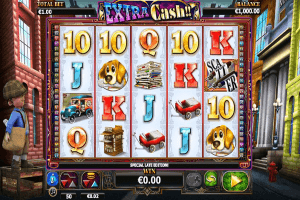 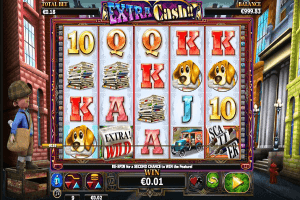 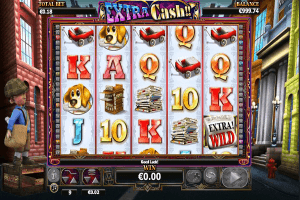 The Theme of the Free Slot

The game revolves around a young boy who distributes newspapers for some extra cash, which very fitting to the name and the theme of game, because we all could use some extra cash, including this young boy. The reels of the game are located in the street and they will see the young newspaper boy on the left side. As for the symbols that land on the 5 reels and the 50 bet lines of the game, they include a newspaper, toys, a cute puppy, stacks of newspaper and card symbols.

The Wild Newspaper symbol can replace any of the other icons of the game’s screen, with the exception of other special bonus symbols. Even after the reels stop spinning, an extra wild can appear out of nowhere and land on the reel to help players in getting paid by substituting for other icons.

The other special icon of the game is the scatter icon. The scatter icon can reward players in two ways. The first one, it can give them scattered multiplied rewards when players get from 3 to 5 scatters anywhere on the reels. They will earn payouts that vary between 2x and 50x their bet.