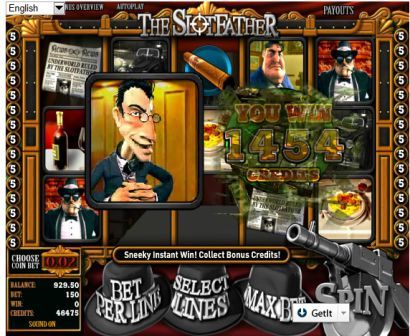 There are also the progressive slot machines which have jackpots that can make anyone an instant millionaire. Who wouldn’t love that? One minute you’re an average guy and the next minute you become one of the rich. That’s how powerful slot machines can be.

As you go through your ventures with slot machines, you will probably wonder if there is more to slot machines than just pulling levers, and trying to win. Can there be something more substantial than just getting the money?

It’s true: you do nothing but pull the lever or push the button if you are playing online. But where is the excitement, the fun in the gameplay while trying to win? After thousands of times of playing the game, it just feels repetitive and tedious. Is there anything more to it?

Don’t despair, casino enthusiast. There is a new variant in the world of slot machines. This variant will have you feel that there is indeed something new, and fresh in slot machines. All you really need is a computer, a mouse, a high-speed Internet, free time, some food, and a lot of patience. It’s time you ventured into the newest variant of the slot machine world: 3D Slot Games.

The Slotfather Part I

What are 3D Free Slots Games you ask? It’s a slot game that, obviously, is in 3D, well sort of in that it uses 3D models for the graphics. It takes the average design of slot machines and turns it into 3D visual art. This means it makes it feel ALIVE and definitely not as flat and bland as the old-school slots. Instead of the usual, boring and dull design of the ordinary slot machine, 3D slot games take them to a whole new level; it elevates the slot game and turns it into a new kind of art. You will not be playing mindlessly anymore; it’ll keep you engaged with rich storylines, entertaining dialogue and humorous soundbites.

Software developers all over the world are getting in on the trend of 3D slot games. They’re coming up with different ways to get the gamers to say, “Wow! This game is really nice!” You will find that there are more and more kinds of these games and you’ll see a vast array of 3D slot games in the future with Betsoft Gaming and Net Entertainment leading the way.

From the simple to the complex, you’ll never run out of 3D slot games to play. It will keep going and going until you run out of breath trying to keep track of everything that’s there.

First is the content: 3D slot games have more content than the ordinary slot game. They usually add animated objects, a neatly designed interface, and other features that give the slot game that much needed boost in visuals. The features come next. This is where 3D slot games shine.

They can present a wide array of features that cannot be put in ordinary slot games, such as the Payline, the Bonus, the Multiplier, and the Jackpot. You might find yourself amazed knowing that just one 3D slot game can have that many features. You’ll have more chances to win. Especially with paylines, you can see where the lines actually go; even if you lose one aspect of the 3D slot game, you still have a chance to win with the other features included.

3D slot games have stories attached to the games, and the developers do their best to integrate the story. You’ll see 3D online slots tell a story about how a dog gets caught and is taken to the pound, or you can play with a family going on a trip to find treasure. Some will even feature clips of the story taking place; it truly is remarkable to see how the story gets integrated. It’ll really keep you engaged. Also, depending on how you play, you’ll activate certain aspects of the story that will change the environment. This provides a nice incentive to keep playing. Wouldn’t you want to know what happens to the poor dog?

Fourth is the integration of design.

Developers put their efforts in integrating the whole design into the slot games. Some 3D slot games will put the slot game structure, such as a house, and the foreground has people in it. Since it is 3D, they try to put dimensional effects to give the picture depth. This really adds a nice touch to everything. You can also see the design of the buttons, the paylines, and everything else. And last, 3D slot games are online, and sometimes are free. This is the best part of about 3D slot games: you can play them right at the tip of your fingers. Whether you’re in the bathroom, in the office or in the backyard, you have a chance to play these wonderful games.

Do you want to know the dog’s fate, in that slot game, while you’re drinking coffee? Are you ready to see Shangri-La be protected by the fisherman, while you’re out and about in the mountains? You have all the freedom to make it happen. You can either go online or download it for your pleasure. It’s your choice.

3D Slot games also have good bonus rounds that can be unlocked if you are lucky enough to line up the correct symbols. Depending on what game it is, the bonus rounds can reveal some amazing wins. Sometimes, the 3D slot game might reveal a part of the story you always wanted to know, or it might show you the end of the story. This can be a good incentive when you want to know what really happens.

3D slot games, like their counterparts, online slots, can be played with free credit. This can let you practice the free 3D slot game, and will teach you how to unlock the secrets. When you’re ready to do it, go ahead, and place the money for your bet. There are hundreds of online 3d slots now with most having been developed by NetEnt and Betsoft.  You can find most if not all at GUTS Casino where they are a Betsoft and NetEnt online slots casino.

One 3D slot game does, in fact, integrate the 3D part by requiring 3D glasses. This can truly give you more depth. If you want to feel like you can grab those symbols with your own two hands, 3D glasses are the way to go, but who really wants to play like that?  That idea simply never trended and there haven't really been any other attempts at it for online slots.

Now that you have a good idea of what 3D slot games are, the next question would be, what are some of the best 3D slot games to play? Here’s a few them:

Batman Slot Machine – This version of slots in the Batman series of casino games is the Dark Knight Rises.  This is one of the more popular games that contain 3D elements.  There is even cinematics right from the Dark Knight Rises film incorporated into this game. Microgaming

The Slotfather – “I’m going to make him a jackpot who surely will not refuse” Okay, that line doesn’t exist; it was made up. But if you do get a chance to play this one, you’ll really find the made-up line suits the game. Slotfather has you play a gangster-themed slot game that has all the elements of the 50’s noir: New York, Tommy guns, and sultry ladies. It will really remind you of the Godfather. So yes, bada bing, bada slot! Betsoft Gaming

Viking Age – Play in the times of lore with the Viking Age 3d slot game.  This game features exciting graphics with colorful characters and high-quality graphics.  Experience something new each time you play. Betsoft Gaming

Paco Popping Peppers – This is one of the earlier 3d slot games that was released.  It’s a decent game with some funny moments.  The wins are average and the gameplay is entertaining enough, but after an hour or so you may start looking for another game. Betsoft Gaming

Ned and His Friends – This is one of the 3d slots that were released that have an actual plot to it.  You follow Ned and his friends in this slot adventure to wins. The bonus rounds are intense and produce some very amazing wins.  Overall, this is one of the most rewarding in the 3D slots category in terms of rewards and entertainment. Betsoft Gaming

House of Fun – Not exactly a horror game, but definitely suspenseful.  House of Fun is a creepy romp through a sometimes scary treasure hunt. This is one of the most enjoyable to play, but it can be a bit stingy in the bonus round department.  You can keep trying for that bonus round, but it is definitely one that you have to work for. Betsoft Gaming

Night in Paris – This is a fun 3d slot where you follow the adventures of a jewel thief.  The 3D animations are quality and this is one of the slots that has super high replay value. This is just a really fun game and you'll most likely appreciate the quality graphics and entertainment value. Betsoft Gaming

Rook's Revenge – Another crazy character slot game where players spin and match icons to discover the hidden treasures from ancient lands. This is one of the more loose slot games in terms of bonus rounds. Betsoft Gaming

So whether you want to be engaged in the story or want to be entertained with something new in the world of slot games, 3D slot games are for you. There are a lot of experiences waiting to happen to you. Go ahead, and give it a go.